PM prays with us and refuses to keep his faith in a box. Amen to that

PM prays with us and refuses to keep his faith in a box. Amen to that

Editor’s Note: This uplifting news from Stephen Fogarty at the Sydney Morning Herald pinpoints the momentousness of our Prime Minister’s public demonstration of faith and prayerful concern for his nation. Christianity is intrinsic to his identity and mission of public service; to hide it under a bushel would be duplicitous. This amazing development in Australian politics heralds an opportunity for Christians to pluck up the courage to participate freely in the public sphere again, without hiding the defining part of our identity: faith in our Lord Jesus Christ and the knowledge that we are all sons and daughters of the Most High.

This week our Prime Minister made an appearance at the 2019 Hillsong Conference and prayed. In front of over 30,000 people of many cultures, many with an arm outstretched, he bowed his head and prayed for veterans, suicidal young people, people suffering from mental health, remote indigenous communities, people with disabilities, and the drought. His fundamental message was that the love Jesus showed would be demonstrated across society.

The significance of this event should be recognised. Never before have we had a Prime Minister who is so overt regarding his faith. Sure, we have had photos of PMs in the pews and various church-step interviews, but nothing that compares to this open expression of belief, passion and world view. 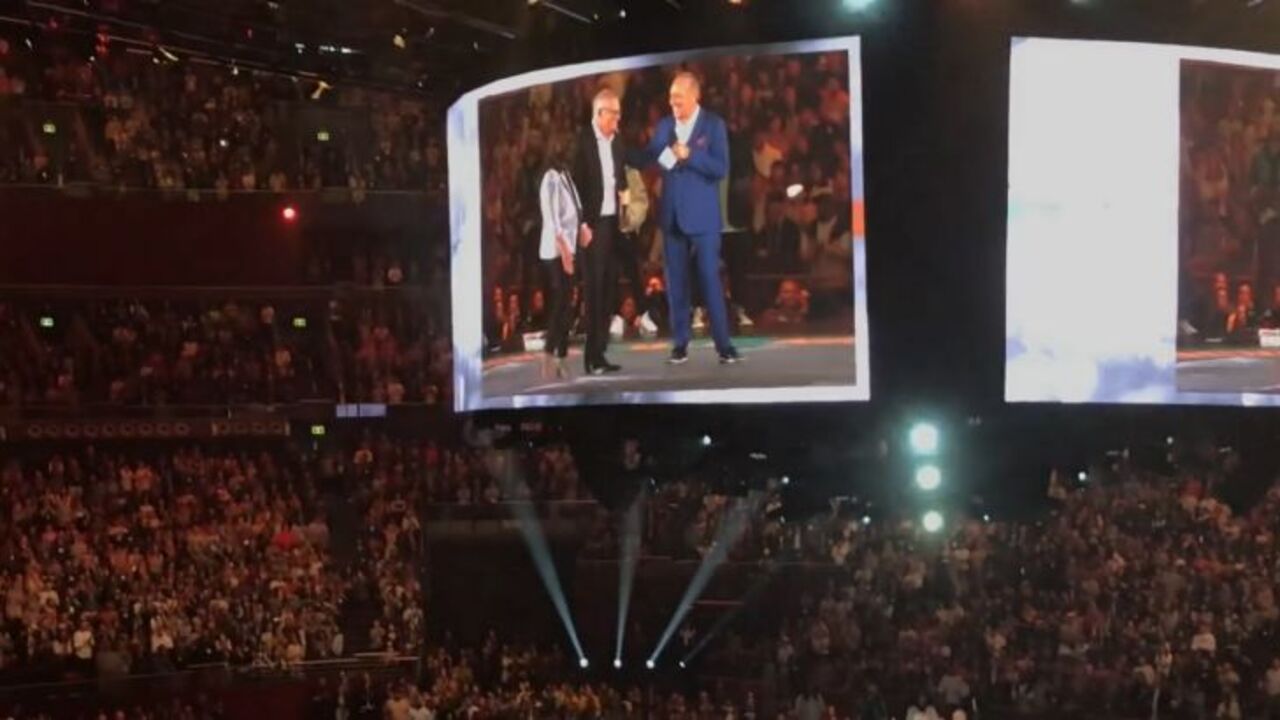 The Prime Minister and his wife took to the stage in Sydney at the opening of the Hillsong annual conference, leading the congregation in a prayer for the country.

During the election campaign he “wore it on his sleeve”, allowing media to observe him in his own deeply personal acts of worship. In the post-election analysis, it is clear that voters appreciated this window into the PM’s life and his commitment to religious freedom. The “quiet Christians” swung their votes towards Morrison in key seats, making him the first elected national leader of the Pentecostal faith anywhere in the Western world.

There are, however, many Australians who are uncomfortable with Morrison’s interactions between faith and politics. Some believe he is simply dog-whistling to his base. Others claim it is just a cover for his various “un-Christian” policies, and some are concerned about his association with what they interpret as an “evil cult”.

Whether comfortable with Morrison’s displays or not, there is no denying he represents a completely new approach to public leadership. First is the transparency. There has been a drift in public leadership away from personal beliefs. This is partly due to the obvious general aim of appealing to broad constituencies. The fear is that any statement of actual belief could be taken as alienating those who may not share that belief, and therefore cause division (and fewer votes).

Alongside this has been a 24-hour media cycle that often appears all too eager to rip comments out of context and misrepresent positions. Therefore, we end up with politicians who stick to policy rather than personality, opaqueness rather than openness.

The eroding trust in the political institutions has led to the desire for a “real” politician who doesn’t hide behind a public mask. There is no denying that the PM has made himself more vulnerable than most in this regard.

Second, there is a deep sense of humility. For many public figures it seems that rising through the ranks is more about personal ambition and a desire for power rather than a genuine desire for service. Despite being the “miracle man”, Morrison knows he is not the bringer of salvation.

I had the privilege of meeting the PM and his wife on the morning after his election. He attended his home church and his election victory was acknowledged in an understated manner. He thanked the congregation for its support and then knelt down on the stage and asked that the leaders pray for him. As we spoke afterwards, I sensed a mixture of personal humility and intense determination to lead the nation well.

Third, although leaders usually attempt to communicate a staunch separation of personal beliefs from policy formation (something which is in practice impossible for any person), the PM brings his theological beliefs into his leadership.

This is most obvious is his belief that God’s love provides an intrinsic value of every person, particularly the weak and powerless. At the Hillsong conference he said that what the country really needed was the love of God, and the best advice he could give was to love each other, and reach out and love those around you. He said legislation could only protect so much.

Perhaps the most profound impact on Scott Morrison’s approach to public leadership is that he demonstrates that the artificial divide between “public” and “private” is breaking down. People’s beliefs, consciences, opinions and religion aren’t something that can be just kept in box. It makes up the fundamentals of who we are. And, as we are seeing in the Israel Folau case, any attempts to sanitise or contain it creates huge problems.

As I recall the PM’s final words to Australia’s largest annual conference, he said:

“I speak about my faith because I want everyone to feel comfortable to talk about their faith in this country. It’s not a political agenda; it’s who we are, and who you are.”

Professor Stephen Fogarty is the president of Alphacrucis College.

About the Author: Writer