The Escalating War on Religious Freedom

The Escalating War on Religious Freedom

All over the West, there is a major assault on religious freedom. It takes many forms, and it is being driven by an aggressive secularism and leftism which will not rest until religion is driven from the public square altogether. And then private expressions of faith will be the next big target. (In some places they already are.)

In light of all this, let me refer you to a most timely and important speech. Two Fridays ago, US Attorney General William Barr delivered a very necessary 4200-word talk to the law school of Notre Dame University. It has already generated a great amount of interest, including both high praise and hardy condemnation. You can read the entire speech here. 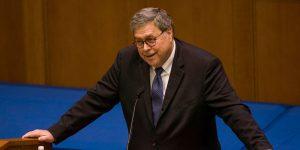 In this article I will quote from it and offer some brief commentary on it. Barr, who is a Catholic, said this in his introduction:

From the Founding Era onward, there was strong consensus about the centrality of religious liberty in the United States. The imperative of protecting religious freedom was not just a nod in the direction of piety. It reflects the Framers’ belief that religion was indispensable to sustaining our free system of government. In his renowned 1785 pamphlet, “Memorial and Remonstrance Against Religious Assessments,” James Madison described religious liberty as “a right towards men” but “a duty towards the Creator,” and a “duty … precedent both in order of time and degree of obligation, to the claims of Civil Society.”

It has been over 230 years since that small group of colonial lawyers led a Revolution and launched what they viewed as a great experiment, establishing a society fundamentally different than those that had gone before. They crafted a magnificent Charter of Freedom – the United States Constitution – which provides for limited government, while leaving “the People” broadly at liberty to pursue our lives both as individuals and through free associations. This quantum leap in liberty has been the mainspring of unprecedented human progress, not only for Americans, but for people around the world.

By and large, the Founding generation’s view of human nature was drawn from the Classical Christian tradition. These practical Statesmen understood that individuals, while having the potential for great good, also had the capacity for great evil. Men are subject to powerful passions and appetites, and, if unrestrained, are capable of ruthlessly riding roughshod over their neighbors and the community at large. No society can exist without some means for restraining individual rapacity.

But, if you rely on the coercive power of government to impose restraints, this will inevitably lead to a government that is too controlling, and you will end up with no liberty, just tyranny. On the other hand, unless you have some effective restraint, you end up with something equally dangerous – licentiousness – the unbridled pursuit of personal appetites at the expense of the common good. This is just another form of tyranny – where the individual is enslaved by his appetites, and the possibility of any healthy community life crumbles.

Edmund Burke summed up this point in his typically colorful language: “Men are qualified for civil liberty, in exact proportion to their disposition to put chains upon their appetites…. Society cannot exist unless a controlling power be placed somewhere; and the less of it there is within, the more there must be without. It is ordained in the eternal constitution of things that men of intemperate minds cannot be free. Their passions forge their fetters.”

He then looks at the benefits of religion in the public square, and its importance for a sound and safe society. He also looks at the harms and dangers of rampant secularism. He said in part:

I will not dwell on all the bitter results of the new secular age. Suffice it to say that the campaign to destroy the traditional moral order has brought with it immense suffering, wreckage, and misery. And yet, the forces of secularism, ignoring these tragic results, press on with even greater militancy. Among these militant secularists are many so-called “progressives.” But where is the progress?

We are told we are living in a post-Christian era. But what has replaced the Judeo-Christian moral system? What is it that can fill the spiritual void in the hearts of the individual person? And, what is a system of values that can sustain human social life? The fact is that no secular creed has emerged capable of performing the role of religion.

Scholarship suggests that religion has been integral to the development and thriving of homo sapiens since we emerged roughly 50,000 years ago. It is just for the past few hundred years we have experimented in living without religion. We hear much today about our humane values. But, in the final analysis, what undergirds these values? What commands our adherence to them?

What we call values today is really nothing more than mere sentimentality, still drawing on the vapor trails of Christianity. Now, there have been times and places where the traditional moral order has been shaken. In the past, societies – like the human body – seem to have a self-healing mechanism – a self-correcting mechanism that gets things back on course if things go too far.

The consequences of moral chaos become too pressing. The opinion of decent people rebels. They coalesce and rally against obvious excess. Periods of moral entrenchment follow periods of excess. This is the idea of the pendulum. We have all thought that after a while the “pendulum will swing back.” But today we face something different that may mean that we cannot count on the pendulum swinging back.

He then notes the various attacks on religion today. Here is one of them:

First is the force, fervor, and comprehensiveness of the assault on religion we are experiencing today. This is not decay; it is organized destruction. Secularists, and their allies among the “progressives,” have marshalled all the force of mass communications, popular culture, the entertainment industry, and academia in an unremitting assault on religion and traditional values. These instruments are used not only to affirmatively promote secular orthodoxy, but also drown out and silence opposing voices, and to attack viciously and hold up to ridicule any dissenters.

One of the ironies, as some have observed, is that the secular project has itself become a religion, pursued with religious fervor. It is taking on all the trappings of a religion – including inquisitions and excommunication. Those who defy the creed risk a figurative burning at the stake – social, educational, and professional ostracism and exclusion waged through lawsuits and savage social-media campaigns.

He concludes with these words:

We cannot have a moral renaissance unless we succeed in passing to the next generation our faith and values in full vigor. The times are hostile to this. Public agencies – including public schools – are becoming secularized and increasingly are actively promoting moral relativism. If ever there was a need for a resurgence of Catholic education – and more generally religiously affiliated schools – it is today. I think we should do all we can to promote and support authentic Catholic education at all levels.

Finally, as lawyers, we should be particularly active in the struggle that is being waged against religion on the legal plane. We must be vigilant to resist efforts by the forces of secularization to drive religious viewpoints from the public square and to impinge upon the free exercise of our faith. I can assure you that, as long as I am Attorney General, the Department of Justice will be at the forefront of this effort– ready to fight for the most cherished of our liberties – the freedom to live according to our faith.

His entire speech is well worth reading. As I said, he has had plenty of detractors and critics already. But he also has had many defenders. One was John Stonestreet, who said this in part about his Notre Dame talk:

Just ask the Little Sisters of the Poor, or Masterpiece Cakeshop owner Jack Phillips, or any pregnancy care center, what happens when you violate the orthodoxies of the new secular religious consensus. In fact, right on cue and as if to prove the Attorney General’s point, Barr’s speech ignited a collective freak-out among many secularist, progressive voices. Just google “William Barr” along with words like “theocracy,” “zealot,” “Torqemada,” or “Handmaid’s Tale.”

The Attorney General’s speech reminds us that competing visions for America and its future are rooted in completely different worldviews: One leads to freedom, the other leads to tyranny—because it discards the true source of freedom. 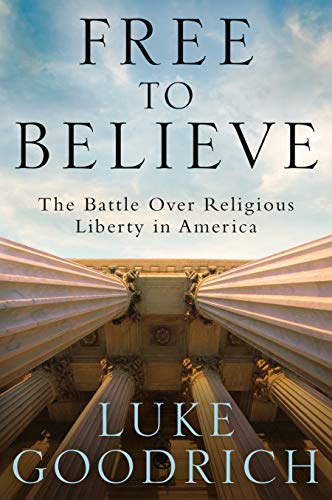 This much is clear: We can no longer assume our friends and neighbors “get” religious freedom. We must make the case for religious freedom as a positive good for all, as a necessary ingredient of human flourishing, for true freedom, and for our life as a nation.

One way is to read or watch, and then share, the Attorney General’s speech. And, read the outstanding and important new book by religious freedom attorney Luke Goodrich called “Free to Believe.” It lays out the compelling case for religious liberty and how you and I can help promote and preserve it, for ourselves and our posterity.

That book, which is getting a lot of praise and attention, will soon be in my hands and I will be doing a review of it. In the meantime, we need to utilise all these available resources to stand for religious freedom here in Australia and throughout the West.

Indeed, we need to pray that our own government “gets it” when it comes to this matter. And we need to pray that Australia’s Attorney-General Christian Porter will also be able to articulate a similar sort of vision for this nation. We too are under a massive secular assault, and we too need brave defenders of religious freedom.

The days of religious liberty may well be numbered if we do not take a strong stance now.

Originally published at CultureWatch.
Photo by Stephen Oliver on Unsplash.