The Ongoing War Against Women in Sport

More appalling cases of the end of women’s sport:

If a group of evil Martians wanted to come to planet earth with a sure-fire way of destroying women, they would likely not come up with anything better than what the trans militants are already doing. Of course everyone is greatly damaged by the trans revolution, but women are among the really big losers – especially in the area of sport.

As I have documented so often now, trans madness is leading directly to the end of women’s sport. Not only is their very ability to compete and make a living out of this threatened, but plenty of women are also on the receiving end of this physically, as males pretending to be females cause them very real harm. 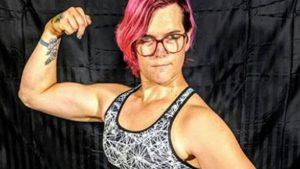 And the examples of all this continue to appear at an alarming rate. Consider four more recent cases of how women are being hard done by as this bizarre ideology sweeps everything in its path. My first case is from the UK where concern about women being harmed by male players is resulting in many giving up sport. As one sobering story puts it:

Biological males who identify as transgender women are wreaking havoc in women’s rugby in Great Britain. Women’s rugby referees in England are quitting their jobs over the inclusion of the male athletes, according to a report in The Sunday Times this weekend. “Being forced to prioritize hurt feelings over broken bones exposes me to personal litigation from female players who have been damaged by players who are biologically male. This is driving female players and referees out of the game,” one referee told the British paper under the condition of anonymity.

“If you even ask the question, you are told you are a bigot,” another referee told the Times, stating that they had witnessed five different women’s players with beards over the course of half a season. Former Olympic athlete Sharron Davies told the paper that allowing biologically male athletes who identify as transgender women to play on female rugby teams is nonsensical.

“My daughter Grace was told at the age of 11 she could no longer play with the boys because it was no longer safe. How can they have that rule in place and … say it is perfectly OK for a transgender woman who is a biological man to play with the girls, but girls who are girls are not allowed to play with the boys because it is dangerous?” said Davies. Elsewhere in Great Britain, transgender rugby player Kelly Morgan is laying waste to opponents in a Welsh women’s rugby league. “She’s going to be a good, good player for the next few years, as long as we can stop her injuring players in training,” Morgan’s coach, Brian Minty, told the BBC last month.

My second story involves the growing uncertainty and concerns about just what will transpire at the Tokyo 2020 Summer Olympics. Due to be held in July and August of next year, there are many athletes and others now questioning if this will be the end of female sport. One woman is already raising her voice about this. As one article puts it:

Olympic chiefs should not use women’s sport as a “live experiment” on the issue of transgender athletes, ex-swimmer Sharron Davies has warned. The British Olympic silver medallist has been vocal on the subject in the past and wants the International Olympic Committee to “show leadership”. She spoke out as the IOC said it was assessing its guidelines in time for the 2020 Summer Olympics in Tokyo. “If there is any doubt, delay inclusion,” Davies said.

Davies, who won silver at the Moscow Games in 1980, added: “Do not use women’s sport as a live experiment. That’s not right or fair.” She believes people born biologically male who transition after puberty will retain a physical advantage over their competitors, and that their participation should be limited until the science is clear on the issue. Trans athletes have argued they should not be blocked from participating in sport, and some have claimed the science around physical benefits is still unclear….

At the Pacific Games in Samoa in April, transgender competitor Laurel Hubbard won two gold medals in weightlifting in the +87kg category. The New Zealand athlete, 41, had been favourite to win the gold at the Commonwealth Games in Australia last year but she pulled out midway through the competition on the Gold Coast with an elbow injury. As things stand, Hubbard would be eligible to compete in Tokyo and could become the first transgender athlete to win an Olympic medal.

Story three has to do with a Canadian male who keeps winning in female sporting events. As one news report states:

Transgender cyclist Rachel McKinnon keeps dominating women’s cycling. And she keeps creating controversy all the way. Last weekend at the Masters Track Cycling World Championships in Manchester, England, the 37-year-old Canadian first set a world record in qualifying for the 35-39 age category 200-meter sprint, then went on to defend her title in the finals. Her success, however, has been overshadowed by frustrated competitors.

In an interview with Sky News, former cycling champion Victoria Hood said, “It is not complicated. The science is there and it says that it is unfair. The male body, which has been through male puberty, still retains its advantage; that doesn’t go away. I have sympathy with them. They have the right to do sport but not a right to go into any category they want.”

In a press release in response to Hood’s comments, McKinnon denounced her for having “an irrational fear of trans women.” “By preventing trans women from competing or requiring them to take medication, you’re denying their human rights,” McKinnon told Sky News before the event….

It’s not the first time a competitor has spoken out about their frustrations with having to race against her. “It was an unfair race, and I accepted that when I pinned on the number, and I tried to do my best to overcome the unfairness,” said Jennifer Wagner-Assali, who took bronze behind McKinnon last year but did not compete on Saturday. “I do feel that hard-fought freedoms for women’s sport are being eroded. If we continue to let this happen, there will be men’s sports and co-ed sports, but there won’t be any women’s sports.”

Yep, say goodbye to women’s sport. That is the endgame of this trans insanity. Hopefully if enough people speak out about this moonbattery then we can start to see things turned around. And my last story does offer a bit of hope in this regard. It has to do with one US sporting group:

In a story that shouldn’t be that hard to figure out, men shouldn’t be competitive in women’s sports. In fact they shouldn’t be allowed to compete as women at all. It’s literally the epitome of a 7th grader playing on a 3rd grade sports team. The folks at USA Powerlifting get that and have imposed a ban on all Trans women trying to compete as women, you know because they’re not women.

USA Powerlifting has banned all transgender women from competing as women, even as a trans powerlifter in Minnesota recently won a state championship with another association, setting a state record. JayCee Cooper, a trans woman, had applied last year to compete in a recent USA Powerlifting event in Minnesota. In December her application was denied.

“Male-to-female transgenders are not allowed to compete as females in our static strength sports as it is a direct competitive advantage,” wrote USAPL Therapeutic Use Exemptions Committee Chair Kristopher Hunt in an email to Cooper. Hunt followed up with Cooper in January with this explanation: “Transgender male to female individuals having gone through male puberty confer an unfair competitive advantage over non-transgender females due to increased bone density and muscle mass from pubertal exposure to testosterone.”

Finally, a bit of common sense – and a much-needed rebuke to the trans activists and their dastardly agenda. But much more will need to be done to protect women and women’s sport. Let’s hope that soon enough this whole diabolical trans baloney will be seen as just an unpleasant memory in coercive utopianism and leftist lunacy.

But until then, we all suffer – big time.