Here are a few things I learned from him:

We all can glean much from the life and work of the late Christian apologist Ravi Zacharias. So many of us have been touched by his life in so many ways, and the tributes and testimonials continue to pour in. Just after he passed away, I posted two articles on him, which I encourage you to look at if you have not already done so. Here is the first piece.

Although up for only 36 hours, it has been shared well over 3000 times on Facebook. It seems that so many people have a real love and respect for the great apologist. And my second piece on him (up for 24 hours now with 650 FB shares) is found here.

In this new article I want to simply offer three brief lessons that I have learned from Ravi, and then conclude with three short tributes from others.

God can use anyone

This will be my shortest lesson to share, since I have already discussed it elsewhere. In 2006 Ravi released his autobiography, Walking from East to West. In my review of it, I mentioned that in so many areas we were actually on quite similar journeys.

For example, we were both suicidal teens who got saved around the same age, we went on to love books, apologetics, and ministry, even studying under similar professors, and so on. But please read the piece to see the various things that we shared in common. Here is one quote from that review:

As Zacharias says, “There is no greater discovery than seeing God as the author of your destiny.” … Like Zacharias, I often ask, “why me Lord?” I often feel most unqualified for this work, and wonder why God has chosen me for this task, when there are so many others far more qualified than I. Says Zacharias, “As I work on a speech, some old familiar but fleeting feelings come back: ‘I am so unfit for this. I am unsure of myself. Why do these people want to listen to me? I would never have wanted this. It’s not my natural inclination’.”

We both can grow discouraged and think we are not sufficient for the job at hand. But others will come along, as one man urged Zacharias, saying, “Please don’t give up on what you’re doing. It is making a difference.” Such encouragement means a lot.

The truth is, if God can use me – an old stoned-out hippy saved by grace – he can use anyone. That is one valuable lesson we all need to learn and celebrate.

Tears can still flow as I think of his passing. Ravi was such a champion for Christ and the Kingdom. Because no one is perfect, our ultimate role model and example must always be Jesus Christ of course – the perfect and sinless one. But we are told in Scripture that there is a place for looking to others, learning from them, and following their example. The Apostle Paul said it this way:

There are many ways in which I am helped to be a better Christian and ambassador for Christ as I reflect on Ravi’s life. Let me dwell on just one of them. Ravi is known for being a great statesman, one who was patient and respectful to others – even various critics and opponents. He was constantly gracious and patient as he dealt with others. You can see that especially in his Q&A sessions.

Mind you, of his 25 volumes, I did notice a slight change in him in his book on the new atheism. You could sense he was a bit less patient and accepting, and his tone seemed a bit more strident and forceful. But I don’t blame him, given so much of the anger, arrogance and nonsense of the new atheists. 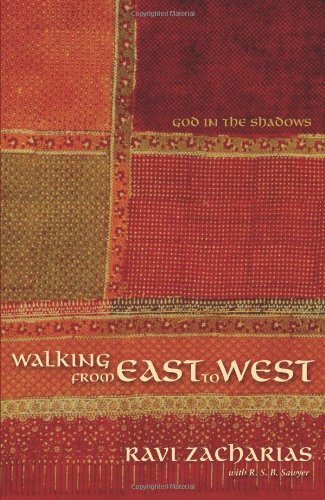 But he himself admitted to this:

“Even with all the restraint I can muster, this is the most strongly worded book I have ever written, because I am alarmed at the cultural devastation wreaked by this kind of thinking.”
(The End of Reason, pp. 23-24)

His ability to be gracious and Christlike to others of course has regularly been a challenge to me. I believe I am too often not as patient as I can be, not as loving as I can be, and not as gracious as I can be, especially to my host of critics, challengers and opponents. And given the nature of my ministry – which involves so much controversy and confrontation – I do want to get this right.

I have asked for prayer on this before: I need God’s grace and wisdom to properly deal with such folks. And when I think about how Ravi so often did this, he offers me a real example. He is a real role model. Here is someone I can see who has the right balance in strongly affirming truth while still showing love for others. So in this one area I have learned so much from him – and I am still learning! Please keep praying, thanks.

I have often spoken about critics and criticism, including the heresy hunters and hyper-critics. Indeed, if you aspire at all to serve Christ in any capacity, here are three absolutely guaranteed truths you can count on:

As you seek to be a true disciple of Christ and seek to make an influence for Him, you will very quickly discover how many critics will come out of the woodwork to attack you. This may surprise you at first, but as any student of both Scripture and church history understands, this is par for the course – this is simply part of our job description as Christ-followers.

The only thing we need to seek to understand from the Bible and the Christian past is how others have dealt with criticism and critics. That is where it is so helpful to read the biographies and autobiographies of the great saints. They all had critics, and they all had to deal with criticism – constantly.

This was of course true of Ravi as well. He always had critics. In fact, just hours after his passing I started to see posts on the social media savagely criticising him. There were hatchet job pieces on him by all the usual folks: the heresy hunters, the haters, and the Pharisees. Some were pushing the tired ‘he is a closet Catholic’ foolishness, or he is a ‘false prophet’, etc.

Here is a truth you can bank on: when “Christians” can only find fault and make ugly criticisms of those who were clearly men of God who were greatly used of God and did so much for the Kingdom, you know that they are carnal, fleshly, arrogant and not worth spending any time with. They think they are doing God’s work in exposing error, but all they expose is the darkness of their own hearts and the paucity of their own spirits.

These guys are always attacking everyone, be it a Billy Graham or anyone else. No one is immune from their constant armchair criticisms. About all we can do with such folks is just ignore them – and pray for them. They seem to know nothing of the Spirit of God sadly.

And as to some of the tired old charges still being brought against him, see these replies and discussions for example.

As I said, there is no perfect follower of Christ. I am sure Ravi would be the first to admit that he did not always get things right, and he would love to do some things over again if he could. But that is true of all of us. We all mess up to some extent. If we had to rest on the grace – or lack thereof – of the self-righteous hyper-critics, none of us would stand, Thankfully God’s grace is so much greater.

There would be hundreds if not thousands of folks who have already spoken of what an impact Ravi and his ministry have had on them. Plenty of them could be mentioned here, but let me offer just three brief ones. The first one really is excellent and is a must watch.

It has to do with the fact that Donald Trump is surrounding himself with many terrific Christians, including the new White House Press Secretary Kayleigh McEnany. Her very moving words about Ravi are found in this 4-minute video.

Since we are dealing with the White House, US Vice President Mike Pence tweeted these words:

Deeply saddened to learn of the passing of Ravi Zacharias, a Christian apologist whose ministry for the gospel of Jesus Christ impacted millions around the world. Ravi was a man of faith who could “rightly handle the word of truth” like few others in our time & he was my friend.

Upon the death of Abner, the Bible tells us David said “do you not know that a prince & a great man has fallen today?” Ravi was such a man & he will be missed. Karen & I send our deepest sympathies to his family and know he heard “Well done good and faithful servant.”

Thanks Ravi for your faithful and obedient life. You have made your mark for eternity. And I am still learning how to be a better disciple of Christ because of you.