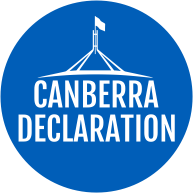 Victoria: Suppressing the Freedom to Change

A few weeks ago, the Victorian parliament passed the Suppression Practices Prohibition Bill in the Lower House, and it looks set to sail through the Upper House and into law unless there is a massive outpouring of protest. This Suppression Practices Bill will criminalise already out of practice and illegal monstrosities of the distant past, such as electroshock therapy and actual torture. But sadly, it will also suppress the rights of people like me to leave the LGBT life, and the rights of all Christians to raise our children according to the biblical view of gender and sexuality.

December 2020 marks 10 years since I walked out of my psychologist’s office, elated by a genuine freedom from my lesbian past.

Even though I had grown up in a Christian home, and even the Presbyterian Church, I experienced gender confusion and unwanted same-sex attraction (SSA). While my gender confusion resolved over time, my SSA didn’t, and so I began secretly living in and out of lesbian relationships.

To many, it looked like my life was going well, but inside I was a basket case. I ached for connection, meaning, and a soulmate. At various points, women came into my life who, for a time, fulfilled that role — and for the most part, it felt like a puzzle piece that just fit. However, time revealed that this was not the best fit, for either of us. We damaged each other, sadly, in ways that are still unresolved today.

I am not speaking of everyone’s experience; I am simply speaking of my own. I accept that other’s lives may reveal another side to LGBT existence that is real and increasingly being validated by society. My experience of finding freedom and joy after getting professional help to pursue my desire to live a heterosexual life is just as real, even though it is increasingly invalidated by society.

Ten years ago, if I hadn’t been able to access the counselling of my choice, I’ve no doubt that I’d still be drowning in hopelessness. And yet the government wants to slander the help that I received and call it a bigoted ‘suppression practice’.

Actually, the only ‘suppression’ I’ve experienced was of my desire to live a God-honouring, heterosexual life. Back in 2009, my GP used what may soon be the only legal treatment for homosexuals — the ‘LGBT affirmation model’. I had visited my GP to obtain a psychologist’s referral as I was struggling to function, mentally and physically, with discomfort around my sexuality.

During my appointment, I reluctantly revealed that I was attracted to women and that those feelings conflicted with my Christian faith. Firstly, he told me that I should accept being gay and continue to live that way (regardless of my desire to change). He then proceeded to argue with me about the existence of God and told me that those who thought there was a God were delusional.

It was humiliating and traumatic. I was literally fighting for my right to get help to live my life the way I wanted! Somehow, I managed to get a referral, but I was so distraught I just sat in my car with the GP’s words ringing in my ears, wondering if there was any point in my pursuit to honour God. Maybe my life was going to be like this forever.

But thankfully, I was able to get help from a Christian psychologist to pursue the God-honouring life I so desired to live. And of course, it didn’t involve any of the harmful, abusive, or suppressive practices that the Government and some activists are leading the public to believe are commonplace.

I spent a long time unpacking many of my bottled-up heartaches and entrenched beliefs about myself. Ultimately, there came a point when my psychologist asked me this question: ‘What would your life be like without this issue?’ (‘Issue’ being the term we used for my attraction to women.) I could not answer him because I had simply never contemplated my life without it.

However, over the following weeks, hope began to grow. I began to imagine what my life could be like without this ‘issue’ consuming me. Before long, I had an indescribable and unquenchable hope that there would be life for me ‘on the other side’ of this ‘issue’.

The counselling was simple. It did not contain overly religious vocabulary. Yet it was effective! It spoke truth into my life right when God deemed the timing to be right. Through the faithful guidance of a Christian psychologist, the Holy Spirit prompted my heart and mind into a process of healing and renewal.

I learned to embrace the freedom to be who God created me to be. He created me as a woman and He didn’t make a mistake. I stopped defining myself by my sexuality, and instead defined myself by Christ’s redeeming work on the cross to claim me as His daughter. This was and still is the most freeing revelation I’ve ever had. I learned through experience what we know from scripture, that through Christ change is possible, and that sanctification is inseparable from a Christian life.

For so long had I lived out the miserable mantra of LGBT lobbyists, that ‘change is impossible’. Back then, my psychologist had the legal right to plant the seed of hope in me that ‘change is possible’, and that I might one day be able to live without being a slave to my sin. If he hadn’t had the right or the courage to plant that seed, I truly wonder if I would still be here today.

My life now is full of contentment and stability. I’m happily married to a patient and gracious man, we have a delightful 2-year-old son and another one is on the way.

I’ve also discovered a whole community of people who were in my very situation, exploring a way out of the LGBT life. So many people have walked away from the LGBT life, been out of it for over 20 years and are walking examples of joy and contentment, even in abstinence! (For testimonies and research, go to Free to Change, Changed Movement, and Two Prisms).

I truly dread to think of the many people who will not only believe change is impossible, but live in the reality that pathways to change are deliberately withheld due to the misguided suppression laws about to be passed by our Government.

[Photo by Masha Kotliarenko on Unsplash]

About the Author: Guest Writer