Bullying and the Image of God: What Would Jesus Do?

Bullying and the Image of God: What Would Jesus Do?

Bullying is a massive problem throughout Australia today. As with any issue, it is important to approach it from a Biblical perspective.

With its proud history, the Australian Defence Force has been entrusted with sophisticated weaponry with immense destructive power. One day our lives may depend on this military might — used at the right time and in the right way.

Nonetheless, over recent decades, our defence forces have been repeatedly embroiled in scandals involving the abusive practice of bullying.

Some members of our disciplined forces make a mockery of the freedoms they have sworn to protect.

In some military circles, it is an unwritten code that a new soldier has to be embarrassed and degraded before he can be accepted. The prevalence of vulgar language, racial and sexual stereotyping and drunken misconduct only feeds the monstrous culture of bullying.

As a result, bullying in the military has resulted in numerous suicides and scarred lives.

Importantly, these are not the first soldiers to engage in bullying. When Jesus was handed over to be crucified, soldiers went far beyond the official flogging.

We read in the Bible that a whole company of soldiers gathered around Jesus in the hidden confines of the Roman fortress.

They stripped Him, spit on Him and struck Him in the face.

In response to His claim to royalty, they put a purple robe on Jesus, set a crown of thorns on His head and put a staff in His right hand. Their mocking continued by kneeling before Jesus calling out to Him, “Hail King of the Jews”, while repeatedly striking him on the head with the staff. 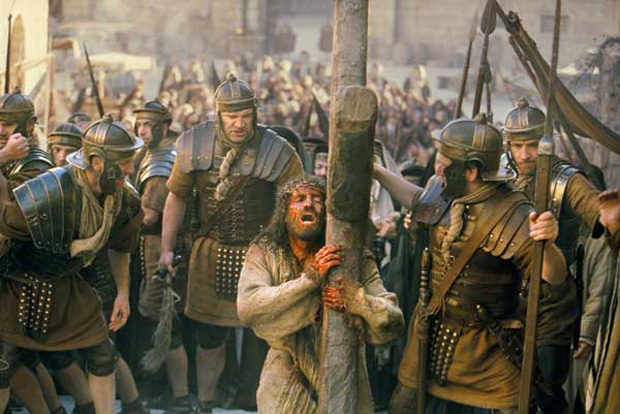 Image from the article ‘How the Weakness of Jesus Rescues Us From Humanity’s Vain Pursuit of Strength’, March 19, 2018.

Then, after all this cruelty, they dressed Jesus in His own clothes and led Him out to crucify Him.

Yet, even though He was bullied to the extreme, the sinless Son of God did not resist their brutality. Jesus willingly suffered these injustices and later died on a cross to pay the price for their sins and the sins of all mankind.

Bullying is when people repeatedly and intentionally use words or actions against someone or a group of people to cause distress and risk to their wellbeing.

Usually, people who do it — the perpetrators — have more influence or power over the other person or want to make others feel less powerful or helpless.

Although people might bully each other because of conflict of dislike, bullying is not necessarily the same as conflict between people (eg. having a fight) or disliking someone. It can happen anywhere: in schools, at home, in the workplace, in sporting clubs, in online social spaces, via text messaging or via email.

Significantly, bullying can be physical, verbal, emotional and it also includes messages, public statements and behaviour online intended to cause distress or harm (also known as cyberbullying).

In 2019, McCrindle Research revealed the shocking extent of the bullying crisis in Australia’s schools.

Tragically, the survey showed that 59 per cent of participating students had experienced bullying with one in five experiencing it weekly. Hence, it is no surprise that four in five students recognise the seriousness of the issue and said it was a problem in their school.

Moreover, while anti-bullying seminars have had some impact, the problem is still endemic. Is something failing to get to the root of the problem?

Created in the Image of God

To combat this issue, everyone needs to understand that each person is created in the image of God and so has inherent dignity and worth. Therefore, it is never alright to bully another person.

Every person contains within himself or herself the divine image, and, because of that, he has an inherent worth that must deter us from allowing bullying to happen.

Often victims do not speak up which further encourages the bully to continue their inappropriate behaviour.

In his excellent book, ‘Created In God’s Image’ Anthony Hoekema explains it this way:

“Even a person who is living a disreputable life, who has become an outcast from society, who has not a friend in the world — even such a person still bears God’s image, and that image we must honour. Because everyone whom we meet is an image-bearer of God, we may not curse him or her (James 3:9), but we must love that person and do him or her good.”

“The Lord enjoins us to do good to all without exception … Scripture subjoins a most excellent reason, when it tells us that we are not to look to what men in themselves deserve, but to attend to the image of God, which exists in all, and to which we owe all honour and love.”

We owe it to every person to do good to them, not on the basis of their character but because God has bestowed upon them His divine image.

Rightly understood, this teaching should destroy any thought of racism.

Furthermore, it should also help people to see that there is an equality between the sexes. Men and women are both said to be created in the image of God.

Moreover, any derogatory language should also be seen as completely out of bounds. Although Scripture does condemn a lifestyle or sinful action, it never gives people the right to demean those who bear the divine image.

The Word of God says:

“if you really keep the royal law found in Scripture “Love your neighbour as yourself,” you are doing right” (James 2:8).

In all its forms, bullying is unacceptable to our loving God.

Father in Heaven, thank You that You created men and women in Your own image, thereby instilling in every human being dignity and worth.

Help us to follow the example of Jesus in reaching out to the downtrodden, the outcasts and the infirm who were despised, ridiculed and bullied in their culture.

Help us to be alert and keep watch for those who are being bullied and are fearful of seeking help.

In doing so, may we affirm the dignity and worth of those who have been degraded in their humanity, so that they might see how precious they are to You.

In the name of Jesus we pray.

Image by RODNAE Productions on Pexels.

About the Author: David Rowsome

Born in Toronto in 1953, David attended the Royal Military College of Canada and graduated with a Bachelors in Chemical Engineering. After ten years in the Canadian Armed Forces, David retired as a Captain and went to work in Papua New Guinea as a volunteer government engineer. There he met and married Marilyn, an Australian missionary Bible teacher.

Together, David and Marilyn served as missionaries at the Christian Leaders’ Training College, an interdenominational Bible College serving the churches of the South Pacific Islands. David was the Dean of Distance Theological Education. In this role, David and Marilyn wrote several Theological Education by Extension courses. During their twenty-five years in Papua New Guinea they developed a passion for prayer, revival and missions supported by sound Biblical teaching.

After returning to Australia, David served as a full-time volunteer prayer coordinator and writer with the Canberra Declaration, and a member of the National Day of Prayer and Fasting organising team. David and Marilyn have three daughters, all born in Papua New Guinea; and eight grandchildren, all born in Australia. David became an Australian citizen in 2007 and enjoys playing hymns on the bagpipes.