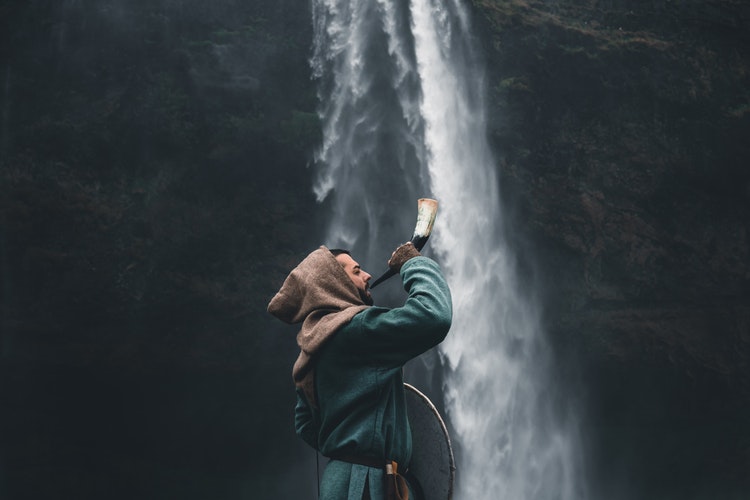 Prophetic Passion: We Must Resist the World

Where are the prophets among us? We are called to speak God’s truth to the people we encounter in our lives. If we, the Body of Christ, are silent, who will speak to them? They need our prophetic witness.

The idea that we should have a prophetic voice and lifestyle, and that we should be actively resisting the ungodly culture all around us, is really just basic Christianity 101. But it is a sign of the times that such basics sound radical and even revolutionary to most Christians — at least in the West.

I could cite countless believers from over the past two millennia who have spoken about such matters, but let me refer to just one: an 80-year-old Christian that I just highlighted in a recent article. 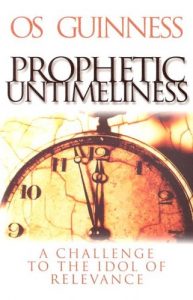 Nearly two decades ago, Os Guinness released a brief but powerful volume entitled Prophetic Untimeliness (Baker, 2003). It is well worth revisiting — or for many of you, being introduced to for the first time. In his introduction, he explains the book’s title:

“Prophetic Untimeliness is a term adapted from the philosopher Friedrich Nietzsche but shaped by the precedent of the Hebrew prophets rather than the German iconoclast. Nietzsche saw that independent thinkers would always be out of step with the conventional wisdom of their generation.”

As to prophets, he says this:

“We might distinguish capital-P ‘Prophets’ from small-p ‘prophets.’ The former are those, like Isaiah and Jeremiah, who have heard a direct, explicit, supernatural word from God and can legitimately say, ‘This is the word of the Lord.’

The latter are those who interpret their life and times from a biblical perspective and therefore ‘read the signs of the times’ with greater or lesser skill, but never presume the authority and infallibility of ‘This is the word of the Lord’.”

He also explains that the notion of “resistance thinking” is adapted from a 1945 essay by C. S. Lewis, “Christian Apologetics”. I dug it out from his God in the Dock, where Lewis said this:

“Science progresses because scientists, instead of running away from such troublesome phenomena or hushing them up, are constantly seeking them out. In the same way, there will be progress in Christian knowledge only as long as we accept the challenge of the difficult or repellent doctrines.

A ‘liberal’ Christianity which considers itself free to alter the Faith whenever the Faith looks perplexing or repellent must be completely stagnant. Progress is made only into a resisting material.”

“A vital secret of the church’s power and glory in history lies in its calling to be ‘against the world, for the world.’ C. S. Lewis calls this the ‘two-edged character’ of the Christian faith. Based on the twin truths of creation and the fall, Christians see everything with a bifocal vision — they view reality not only in terms of what the world was created to be but also of what it has come to be. As a result, the Christian faith is simultaneously both world-affirming and world-denying.”

That at least is how the church is supposed to be; certainly, the evangelical Christian community, of which Guinness — and I — are a part. But evangelicals have too often failed massively in all this. In a withering indictment of modern evangelicalism, Guinness goes on to say this:

In its place a new evangelicalism is arriving in which therapeutic self-concern overshadows knowing God, spirituality displaces theology, end-times escapism crowds out day-to-day discipleship, marketing triumphs over mission, references to opinion polls outweigh reliance on biblical exposition, concerns for power and relevance are more obvious than concern for piety and faithfulness, talk of reinventing the church has replaced prayer for revival, and the characteristic evangelical passion for missionary enterprise is overpowered by the all-consuming drive to sustain the multiple business empires of the booming evangelical subculture.

To be a genuine follower of Christ in today’s rampant secular culture is no easy task:

“Thinking and acting Christianly in the blizzard of modern information and change requires the courage of a prophet, the wisdom of a sage, and the character of a saint — not to speak of the patience of Job and the longevity of Methuselah.”

And it means remaining true to Scripture:

“For all the lofty recent statements on biblical authority, a great part of the evangelical community has made an historic shift. It has transferred authority from Sola Scriptura (by scripture alone) to Sola Cultura (by culture alone).”

So the real prophet and resistance thinker today is fighting on two fronts: the world, and a failing and carnal church. Judgment must first take place in the household of God:

“Evangelicals were once known as ‘the serious people.’ It is sad to note that today many evangelicals are the most superficial of religious believers — lightweight in thinking, gossamer-thin in theology, and avid proponents of spirituality-lite in terms of preaching and responses to life. What started out as breathless and excited is ending as exhausted and out-of-breath.”

As such, real change is needed if we are to expect to have any impact on our surrounding culture:

“The crying need of the Western church today is for reformation and revival, and for a decisive liberation from the Babylonian captivity of modernity.”

But there will be a price to pay for being faithful in an unfaithful world — and often, in an unfaithful church. We will have to put up with being “misfits in an ill-fitting world.” Guinness illustrates this as follows:

“A French resistance leader was once asked how he explained the fact that his men had been so heroic. He thought for a while, and then answered: ‘We weren’t heroic. We were simply maladjusted enough to know that something was seriously wrong’.”

He says there are three costs to such prophetic untimeliness: a sense of maladjustment; a sense of impatience; and a sense of failure. As to the last one, he writes:

A final quote from this vitally important book tells us all we need to know about how we can begin to turn things around:

“The cross of Jesus runs crosswise to all our human ways of thinking. A rediscovery of the hard and the unpopular themes of the Gospel will therefore be such a rediscovery of the whole Gospel that the result may lead to reformation and revival.”