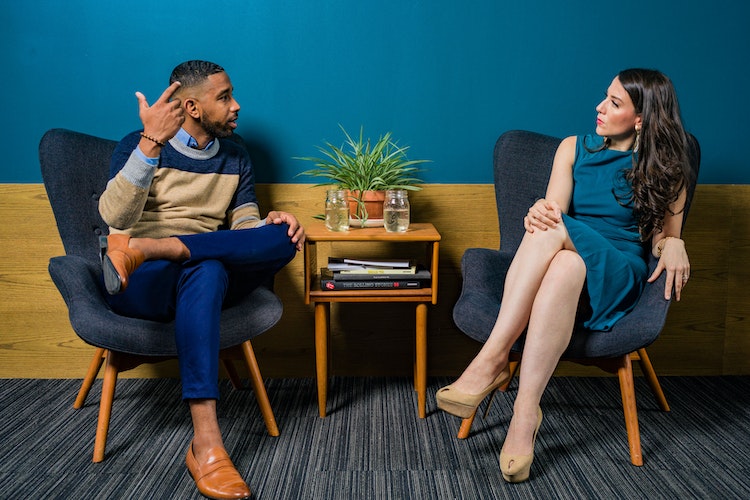 5 Reasons Why Christians Should Confront Non-Christians

Yes, as Christians, we should share our values and beliefs with others — boldly and unapologetically. It may be uncomfortable, but it is our prophetic duty and also our democratic right to speak up.

I hear Christians all the time saying that we cannot and should not push God’s morality, beliefs and values onto non-Christians. Worse yet, some of them don’t even think we should push them onto other Christians — but that is the stuff of another article!

Sadly, plenty of Christians are just as opposed to believers having any sort of solid impact on the surrounding culture as angry atheists are. They have bought the lies of the world instead of imbibing deeply from the truths of Scripture. But there are plenty of good reasons why our Christian morals and beliefs should be enthusiastically shared with others. Here are five of them:

1. God appointed the prophets to confront not just Israel but the nations.

This is clearly seen in the Old Testament. Indeed, I just read Jeremiah 1:5 again this morning. It says: “I appointed you a prophet to the nations.” Most of the OT prophets shared God’s words — including words of warning and judgment — to pagan nations.

2. God’s laws apply to every single one of us.

We are all under obligation to God and to His universal moral absolutes. And most of our major Western laws come straight out of the Judeo-Christian tradition. Laws against murder, for example, are laws that secular and non-Christian societies have on their books, and they believe everyone should be subject to them.

Certainly, if the problem is to be solved then in the final sense, hearts must be changed. Religion and education must play a great role in changing the heart. But we must go on to say that while it may be true that morality cannot be legislated, behaviour can be regulated.

3. In civil society, all laws are based on some sort of morality, and they are intended for all.

The laws about speeding and stopping at a red light are of course based on morality: in this case, they are based on the idea that we should treat others with respect, and seek their well-being — including their right to life. So we do not have open slather when it comes to driving. To save lives and prevent accidents, we have all sorts of road rules, and we expect everyone to obey them.

So when Christians are challenged and told they cannot push their morality onto others, we have to ask, “Why not?” Our morals involve things like the Ten Commandments. It is a good thing if all of us are deterred from murder, theft and lying. And we have plenty of laws on our books that aim to do just that.

So everyone, regardless if they are Christians or not, is capable of keeping all sorts of moral and social laws. You do not need to be born again or have the Holy Spirit residing within you to be able to stop at a red light or to observe a 100km per hour speed zone.

4. This is how a democracy is supposed to function.

The simple truth is, non-Christians push their beliefs and values all the time, not just in private but in the public square. They are actively pushing — even forcing — their concerns and morals on others constantly. Indeed, they often specifically target Christians in an attempt to crush them with their worldview and ideology.

Consider how secular lefties do this repeatedly with the homosexual and trans agendas. They are ramming these items down our throats at every opportunity, often seeking to get churches and Christian schools closed if they do not fully comply, or by targeting Christian bakers, florists, etc, in the attempt to entrap them and get them shut down.

Hey, guess what? In a democracy, Christians have every right to share their points of view and moral concerns as well. We are not demanding others do anything. We are simply sharing what we believe to be important, and urging our lawmakers and politicians to help reflect some of our concerns and values, just as the other side does all the time.

So I can vote for, say, a pro-life politician, or seek to see pro-life legislation passed. I have that right since I live in a democracy. We all can press for our points of view and our own deeply-held values. The idea that Christians should just sit down and shut up is not only unbiblical, but it is anti-democratic.

5. It is the most loving thing we can do.

For Christians to share their Christian beliefs and values with others is of course the most loving thing we can do for our non-Christian neighbours. We believe, for example, that every single person on the planet is headed for one of two eternal destinies. One of them is something we should desire for ourselves and others, and that comes only through one person: Jesus Christ.

So if you love others, you will tell them about Jesus and what He did to help us avoid a lost eternity. We are being negligent and selfish if we do NOT share the good news. And given that God’s laws were given to us for our good, if we want others to benefit from that goodness, we should not be ashamed of proclaiming God’s take on morality, and not the world’s.

In fact, we all suffer greatly when we break or ignore God’s law. So just as we would be amiss not to warn a neighbour that their house is on fire, we are not doing our duty if we do not share with others about God’s purposes for us, which include His various commands.

Sure, as said above, real obedience should come from the heart, and that is why we want to proclaim the whole biblical package to others: God’s rule book is good news, and good for us, and we are fully enabled to adhere to it when we get right with God through Christ.

All that is not forcing our morality on anyone. It is telling them the greatest news they will ever hear. And we ought to be doing this more often, not less.